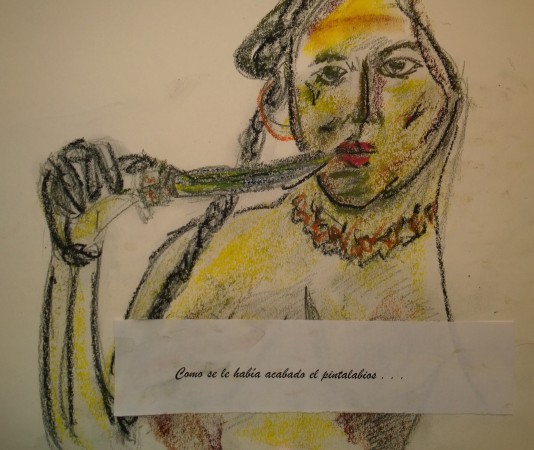 The other Sunday a young woman arrived to model at one of the figure-drawing sessions in my living room, and she had brought props (or self-defense?): knives. I dug up some fancier, sharper knives which someone had given my son when he was quite young, and which I had then hidden so he wouldn’t hurt himself.

Long story short: the model modeled with and without her and my son’s knives, and I had fun writing titles for my drawings. And then, a few weeks later, a woman modeled while she had a head cold, and, instead of knives, I offered her hot water with lemon and honey, which led to both drawing and title.

View all posts by William Eaton

Comments on contents are most welcome and will be replied to!

William Eaton began life (and continues it) as a writer. Four of his books are currently available online:

New poems, often in English, French and Spanish versions, can be found at Montaigbakhtinian.com.